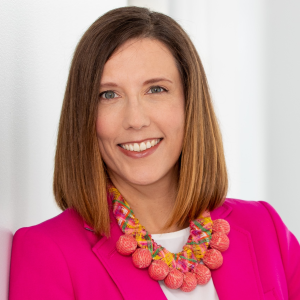 In celebration of Women’s History Month, Saramar Group is featuring 5 Latinas in Atlanta who are making history. These incredible Latinas are blazing trails and making an incredible impact as leaders in community activism, business, politics, media, education and more.

Yehimi Cambrón is an artist, activist, and public speaker born in Michoacán, México and raised in Atlanta, GA. Yehimi’s beautiful artwork including a series of distinctive murals, focuses on celebrating the humanity, resilience, and contributions of immigrants.

She completed her most recent mural in August 2020, Monuments: Atlanta’s Immigrants, at the Mercedes-Benz Stadium’s The Home Depot Backyard. Yehimi’s artwork has been featured at the High Museum of Art, the Museum of Contemporary Art of Georgia, and on the cover of the Atlanta Business Chronicle’s Book of Lists 2019-2020. She was selected as the winner for the Living Walls, The City Speaks’ Laura Patricia Calle Grant with her project Monuments: Our Immigrant Mothers, which she painted in the heart of Decatur, Georgia as a visual affirmation that celebrates immigrant mothers and the intersectionality of the immigrant community. This mural was selected Best Mural in Atlanta by Creative Loafing in 2019.  Yehimi’s first mural was the Education is Liberation Monarch, painted as part of Living Walls’ The BuHi Walk in 2017, which she used as a platform to advocate for the protection of undocumented youth.

Yehimi earned a full scholarship from the Goizueta Foundation to attend Agnes Scott College and graduated with a B.A. in Studio Art in 2014. In 2015, Yehimi was accepted into Teach for America as a corps member. She became the first of two DACAmented educators placed in Georgia by Teach for America and served on Teach for America’s DACA Advisory Board for two terms. After completing her TFA commitment as a bilingual elementary school teacher, Yehimi returned to her alma mater, Cross Keys High School, to teach art from 2017-2019. She incorporated her business, Yehimi Cambrón, LLC, in February of 2019 and is currently a full-time artist, activist, and national public speaker.

Today, Yehimi continues to develop murals that curate a space where immigrants felt valued and supported.

Learn more about Yehimi’s story and view her artwork here!

Founder & Host of the Latina South Podcast, Telling the Untold Stories of Latinas in the South

Adela Yelton is founder and host of the Latina South community and podcast. With a uniquely southern perspective, Latina South features the untold stories of Latinas living in the American South. Latina South highlights the rich diversity of Latina experiences in the South, recognizing their tremendous contribution in family, business, community, and society. Through Latina South, Adela is elevating the voices of Latinas with a vision to increase representation of Latinas in the media and beyond, enabling Latinas to share stories that aren’t otherwise told or heard in the mainstream media. As host of the Latina South podcast, Adela is building a connected community of Latinas and their supporters, empowering and inspiring Latinas to thrive in all areas of life.

Born and raised in Texas, Adela is proud of her family roots both in Mexico and the US. Although a Tejana at heart, she considers Georgia home where she enjoys sharing key moments of family life in the South. Adela was recently selected to be included in the University of Georgia public archives recognizing the achievements of Latinos, showing her the power of sharing the untold stories of Latinas.

With a background in business + entrepreneurship, Adela knows firsthand the energy and details involved in bringing people together and growing an idea from concept to reality. Some of her previous projects included creating Bean Work Play Cafe, an innovative coworking space for families, and being a founding member of The Museum School, a public charter school in DeKalb County. She’s been featured in Latina Style Magazine and named a Startup Nation Leading Mom in Business in 2011. A graduate of Leadership DeKalb Class of 2017, she also served her local community as an elected municipal leader and as an executive board member of the nonprofit, Galeo.org.

Luisa Fernanda Cardona de Vence is the Deputy Director for the City of Atlanta’s Mayor’s Office of Immigrant Affairs – Welcoming Atlanta – where she provides citywide policy and programmatic support for the integration and inclusion of migrant and marginalized communities. In her role, Luisa also serves as senior advisor to the Mayor on immigration policy, which included the 2018 decision by the Mayor to end the City’s contract with the Department of Homeland Security, participation in various nationwide amici curiae including defending the 2020 Census and DACA, and changing internal policies which previously excluded immigrant communities.

Luisa also served as the Director of Latinx Engagement for the historic election of Reverend Raphael Warnock to the U.S. Senate in 2020.  In this role, Luisa developed and executed the strategic direction of all Latinx campaign outreach initiatives, in a race that saw the largest Latinx turnout rates in the history of Georgia runoffs.

Prior to joining the Mayor’s Office, Luisa served the immigrant community as an attorney both in Atlanta and Washington, D.C. where she advocated on behalf of immigrant workers, tenants, and DREAMers. Luisa was also the Latino Vote Coordinator for the Obama-Biden 2008 campaign and Field Coordinator in 2014 for SPARK Reproductive Justice. Luisa is a naturalized U.S. citizen and a proud Colombian-American. She holds a law degree from the American University’s Washington College of Law and a bachelor’s degree from Georgia State University.

Nataly Suarez is one of three sisters who founded Simply Latina in 2017, an Atlanta-based online shop selling Latin inspired gifts and accessories. One of Simply Latina’s signature products is their eco-friendly candle collection inspired by their Mexican culture, traditions, food, and nature. Candles are handcrafted in small batches using the most natural ingredients like coconut soy wax and toxin-free fragrances and oils.

Nataly began candle making as a hobby and after concluding there was little representation of Latin culture in the candle market besides the traditional religious vela, the sisters decided to add candles to the shop. They created their first candle collection with scents like Café con Leche, Flor de Cactus, Mojave and Mezcal.

Simply Latina also sells candles that come in traditional Mexican red clay pottery to support Mexican artisans in their home state of Michoacán, Mexico. These Mexican artisans share their talent across borders through candle making, and the clay containers are made and imported from the small town of Santa Fe de la Laguna. Each piece can be reused after the candle is finished as a small planter or your new favorite mug.

Nataly, and her sisters Blanca and Samy, share the beauty of their culture through these candles and other eco-friendly products and collections. All of their creations are designed and handmade in their studio in Atlanta, Georgia.

Buy lots of their products here!

Nury Castillo Crawford is a pioneer in the world of bilingual publishing and education. Nury is the CEO and Founder of 1010 Publishing, a published author, the Director of Academic Support for Gwinnett County Public Schools, and the President of the Georgia Association of Latino Administrators and Superintendents.

As CEO and founder of 1010 Publishing, Nury is bringing communities together one book at a time. Her company publishes books in 5 different languages so that all cultures have the opportunity to learn from each other. 1010 Publishing’s books explore topics such as immigration, fitting in, and finding one’s self-identity. Nury’s published literary works include bilingual children’s books such as the series Sofia, which tells the story of a little girl, her family and their journey as immigrants to the USA. She has also published what she calls a parent empowerment book, Plant the Seeds Well… Expect Wonders, available in both English and Spanish.

Nury has been featured both locally and nationally for her work in increasing access to bilingual books across the globe. Some of her most recent awards include multiple recognitions as one of Georgia’s 50 Most Influential Latinos, Dr. King’s True to the Dream Award, the Mundo Hispanico Educator Award, and the 2020 AINM Foundation Award for community leadership.

In her role as Director of Academic Support for Gwinnett County Public Schools, Nury also launched the school district’s first ever Hispanic Mentoring Priority, which connects adult mentors with students to help each of them see beyond their current situation and to achieve their full potential. As the President of GALAS, Georgia Association of Latino Administrators and Superintendents, Nury supports, advocates and leads in securing professional development for educators who work with and teach Latino students.